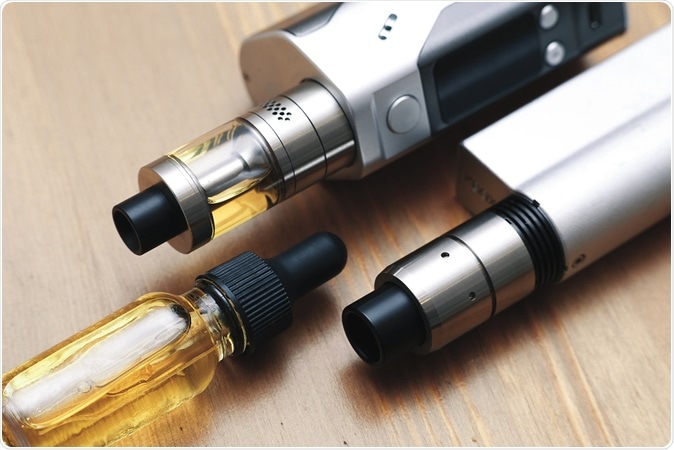 High schools in the twenty-first century are well aware of the fact that students are bringing vaping devices to school with them, and NFA is no exception. But, how has vaping been seen on campus, and what is the faculty and administration’s plan to prevent it? This is a question many students and faculty have wondered since school has resumed after quarantine.  Vapes are used in bathrooms around campus on a daily basis. While the school knows about this issue, it has become difficult for security to keep up with it.

While in the bathroom it is likely to see a student vaping or smell the fragrant scent of a vaping device. For many students, this is a daily occurrence. NFA Dean of Students Clarence Cooper knows the challenge the school is up against in trying to eliminate vaping on campus.

“We know what’s happening,” Cooper said, but the more difficult challenge is to stop the behavior.

While Cooper, Campus Security, and the rest of the faculty are aware of the vaping epidemic, it has become a struggle to make sure the campus is nicotine and vape-free. The school is working towards stopping vaping through several methods, including having security guards all around campus. There are over 11 security guards on campus, implying one guard per building and one on each outdoor station. With only 11 security guards and over 2,000 students, this makes it difficult for campus security to ensure that there is no vaping on campus. Due to the lack of security guards, students are able to find a secretive place to vape on campus. Campus security has been trying to find alternative ways to stop the use. Director of Campus Safety Wayne Sheehan said that another method the department uses to curb the use of vaping devices on campus is vape detectors, which work similarly to a standard smoke detector but are programmed to detect the vapor from a vaping device.
“We do utilize vape detectors, they’re moveable, we hooked them up in several bathrooms,” said Sheehan.

Vaping on campus is seen even outside of school hours. One example would be reported incidents at NFA football games. Students have been seen vaping on the bleachers and it has happened so much that the school and football team worked together to put out a video reminding students not to bring their devices on campus, even after school hours.

Both the Deans of Students and Campus Security have acknowledged and are aware of the fact that students keep their devices on them or in their bags during school, raising concerns about how often they’re being used on campus. While the school has used various devices to make an attempt to prevent vaping, hoping to eliminate the use of the issue, vaping still occurs on campus and is a prominent problem.

Vaping is the modern-day cigarette epidemic, knowing the health effects cigarette smokers are having now, students should be aware that there is an unknown future regarding how vaping affects their health. Because vaping is a relatively new phenomenon, there is limited scientific data regarding its effects on a person’s health, but research done by Michael Joseph Blaha of Johns Hopkins Medicine indicates that “(vaping) raises your blood pressure and spikes your adrenaline, which increases your heart rate and the likelihood of having a heart attack”. Vaping has also been linked to lung disease, asthma, and cardiovascular disease.