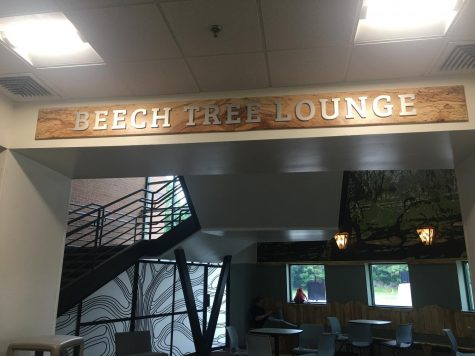 “The Beech Tree was a big part of the campus, especially because it was such a large tree… also it was an unique tree. It wasn’t just an oak, it had that weeping willow look to it,” explained Nathan Wheeler, World Language teacher and NFA alum.

The beloved Beech Tree, standing tall since 1854, was cut down in 2012 because it was diseased and there were safety concerns.  So many students, teachers, and alumni were disappointed to to see the tree go, but the tree lives on in many creative ventures.

Recently, the Central Connecticut Woodturners (CCW) collaborated with NFA for the second year in a row. People of all ages were able to attend a woodturning event held in Slater. Every person who attended created, or “turned,” their own pen out of the the beech tree wood.

Jared Ramsdell is a member of the CCWT.

“The [Slater] museum wanted to bring people in and expose them to a new art form they may not have known about, [to]give it a try, and see if they liked it,” said Ramsdell.

NFA alumna, Janis Sawicki, believes that the Beech Tree meant a great deal to her and her classmates.

“The Beech Tree was always there, it was a presence on campus, it was something that we all knew it was there. It was alive, it was beautiful… it was part of what NFA was.”

NFA saved the wood from the tree, with the intention to use it in future projects.  In addition to the beech tree pens, the school recently created the Beech Tree Lounge in the Latham building. The lounge features a life size painting of the tree, and benches made out of the tree’s wood.

“It’s the first thing you see when you walk through those double doors, and it’s a great way to remember the tree,” added Wheeler. 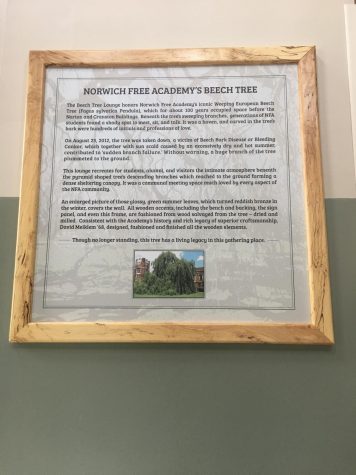