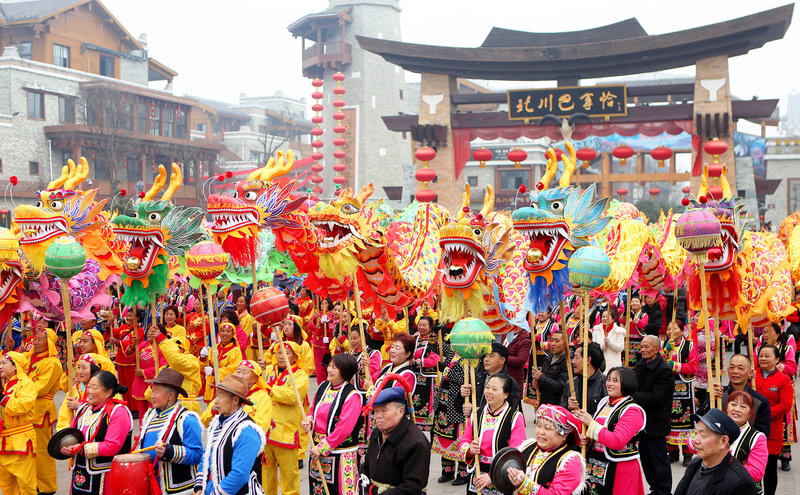 Happy New Year! !Feliz año nuevo! Bonne année! Felice anno nuovo! These are all different ways to say “Happy New Year,” a holiday celebrated around the world. However, Chinese New Year is not celebrated with fireworks and a ball drop at Times Square. At Norwich Free Academy, the Asian Cultures Club and the Chinese National Honor Society host an annual party to celebrate Chinese New Year.

Michelle Loo, the President of the Asian Cultures Club, stated, “Chinese New Year is really important for a lot of Chinese people. It’s important to host a party at NFA.”

“The Chinese New Year party spreads culture awareness. It is good for students to work together with students of different backgrounds,” stated Chinese teacher Chongmin Ji.

The annual party, attended by over forty students, featured games such as musical chairs, fly swatter, and chopsticks. Club officers served traditional foods such as fried rice, dumplings, lo mein, and egg rolls. An unique tradition of the party is the dragon dance, which is performed by students who take Chinese classes.

Although a large percentage of the NFA population is Asian, including dozens of foreign exchange students from China, many students do not understand the true meaning behind Chinese New Year. The annual Chinese New Year party seeks to change the unfamiliarity of the holiday.

Chinese New Year, which marks the first day of the lunar New Year, is the most significant holiday in China. The holiday, rich in culture and traditions, celebrates family, reunions, and new beginnings. On the Chinese calendar, there are twelve different zodiac animals and every year is associated with a different animal on the calendar. 2019 is the Year of the Pig, which symbolizes good fortune and prosperity.

Daniel Chong Cuy, President of the Chinese National Honor Society, stated, “It’s important for NFA students to know what Chinese New Year is because it is important to know about cultures at school.”

Although it appears that the annual Chinese New Year Party is merely about fun games and food, it has a much deeper meaning. Chinese New Year is extremely important part of the cultural identity of the Asian American community at NFA.

“[Since] I am an Asian American and I was born in the United States, and both of my parents are Chinese, Chinese New Year is an important celebration to me,” stated Lee.

Ji explained, “I started the tradition of the Chinese New Year party five years ago. With the help of students and teachers, we began to celebrate Chinese New Year. Each year, the participation increases.”

The joy and the excitement that come with learning about Chinese culture can be a meaningful experience for all NFA students.