Behind the Work of A Midsummer Night’s Dream 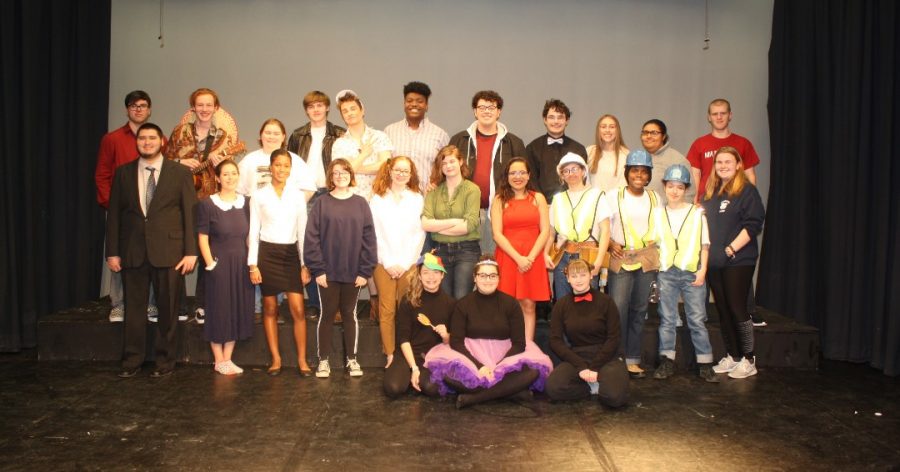 Playshops, A Midsummer Night’s Dream, was worked on for months by the playshop class and volunteers. The play premiered Friday, November 22, 2019 and had a second performance on Saturday, November 23, 2019. Drama teacher, Phillip Trostler, dives deeper into the creation of this Shakespeare play.

There is an incredible amount of work and time that goes into putting on a theatrical production.

“The students did not totally understand how much work was going to need to be put in on their part,” adds Trostler.

Trostler and his crew worked on the play since the summer. He had help from students and staff, including Todd  Zagurski and student, Destiny Rozario. Casting and rehearsals took two months, and the set and costumes were also worked on over the summer months.

It takes a team of dedicated people to put on a play.

“So while I’m focusing on the show itself, I’m giving various instructions to the other people assuming they’re going to do a good job. Then, we all come together at the end for a very stressful last two weeks,” said Trostler.

Shakespeare is not an easy script to read and understand. At times, the cast struggled with the language. The students worked on the script for approximately one month, while also performing the scene and making sure it was clear to the audience.

“[The students] had a preconceived notion that it would be difficult. And it is difficult if you don’t actually work to understand it. So, the first month was really focusing on understanding what they were saying,” adds Trostler.

Once the students worked to understand the script, they added their own touches to the characters, bringing comedy and interest to the play.

“They found [what] worked, so the night of the show there was a combination of my things and their things. It made it feel better than watching students repeat other people’s words and ideas,” said Trostler.

With the work of playshop and volunteers, the production of Shakespeare’s A Midsummer Night’s Dream was a success.

“We consistently do great work [and] the actors involved put a lot of work into it,” Trostler says.